Motivation is energy in movement, its effect is an impulse which runs along the nerves and makes us immediately move from the chair to get the remote control or to rush out of bed early in the morning to get to the beach or to finally do that thing we hate to do and that we have been continually postponing.

According to research in the behavioral psychology fields,in pnl and in coaching, we can say there are 2 fundamental types of energy:

Using a simple analogy: moving away from the stick and going towards the carrot.

If we take into consideration the motivation factor in a production facility, I believe that all of us can think of people we consider unmotivated and those instead we think are very motivated.

The director of a facility, , who wants to obtain the best results possible, cannot stop to understand if and how he has brought about/inspired motivational energy in his collaborators.

Of course, in order to have results, motivational energy alone is not enough, method is also necessary.

Lean Manufacturing is made of method and spirit fused together and can be definitively instilled in the company culture, only if its method and its spirit are applied continuously becoming a habitual modus operandi. abituale.

In the implementation of the Lean Manufacturing culture, I have the opportunity of visiting companies where it is possible to notice visible changes in the organization in the Gemba and at the same time observe the absence of real motivation for continuing in the method.

These are the classic symptoms of the lack of Motivational Energy; both “Negative” and “Positive”.

In order to unleash and create motivation, we must get to the bottom of those which are the personal motivations of all the collaborators involved and line them up with those which have given origin to the Lean program.

We could speak at length of all the communication techniques from pnl and from coaching to create motivation and maintain it, but in this article I want to demonstrate which Lean methods serve as support to develop the motivation of people towards the culture of continuous improvement.

The first is the Hoshin Kanri, , a particular method of policy deployment while the second is Value Stream Mapping.

The members of the Kaizen Coach Club, have already been able to download the VSM methodology from this link: http://bit.ly/1aq2Asj

In a VSM workshop in a first phase, a heterogeneous group, analyzes the chain of the value in a process.

It debates, criticizes, confronts itself, learns to see again and again the process through new paradigms of the muda.

And then in a second phase, it imagines and plans a new process; again debating and confronting itself, to then end the workshop preparing a plan of action.

A VSM creates initial impulse which then as a sacred fire we must take care to not put out.

We must not forget though that, the responsibility for not putting out the sacred fire, will always and nonetheless remain in the hands of the managers. 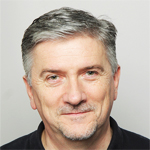 Mario Mason is an experienced Lean Change Agent with 10+ years of experience in bringing his clients to solid double-digit performance improvement.

DON’T MISS
the next article!
Subscribe to the blog