The processes of change often lead companies and their managers to having to integrate: new methods, new ways of thinking and new resulting behaviors.

Often, the change requires or demands the acquisition of new values, principles and ideas that very often reveal themselves in total opposition with those which were habitual up to that point.

The effect is that in this type of situation, management and their collaborators can find themselves living in an identity crisis that can then result in a resistance to change.

It is possible to observe some real comparisons between the old and the new way of thinking.

Managers finding themselves suddenly unsuitable and not prepared to change adopt consciously or unconsciously resistance strategies which have a goal of protecting them from the elements, while waiting for the storm to pass and the change project to fail.

It is not rare to witness even unconscious sabotage and decisions and behaviors that put the entire change project at risk.

As an example of sabotage actions, we can cite the action of not giving a project the necessary resources (using the excuse of being short of them) or postponing certain concrete change actions previously developed, defined and designed or not collaborating fully with the lean consultants.

Another action which can make being in the presence of a resistance to change evident is the refusal of acquiring the skills necessary for change; certain managers cannot participate by choice (putting forward the most varied excuses) to strategic reunions, training seminars or endorsements of work groups.

In this context, coaching represents an important if not indispensable aid for the success of a cultural change process. 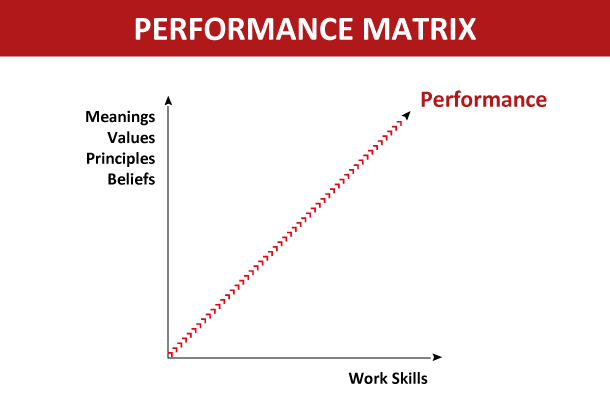 If introduced correctly, this instrument represents for the manager and his collaborators (who want to use it) the life preserver to avoid drowning during the storm.

If accepted, then the coaching becomes the instrument to redefine one’s own role, identity and skills in the company which is changing and shedding its skin.

The coach, in his role, must not be seen as a consultant, he is rather the support acting as a non-judgmental neutral mirror, before which the manager and his collaborators begin to elaborate the new identity and to test it in daily practice until its final acquisition.

In Kaizen Coach, we understand performance to be the result of 2 groups of factors; the group of beliefs, meanings, principles and values that a person may have and the group of skills that a person has acquired in order to carry out his work or activity.

The performance of an individual or work group cannot be optimal in case the values and principles and concepts are of a level which is not adequate to the context of the performance. For example, we cannot think that a manager will perform at his best if he is afraid of working in a group. In the same way, we cannot think that the same manager can perform at his best when he does not possess the skills to communicate with people or to write a report.

Coaching is the main instrument for making the individual or group work to the acquisition of the combination of meanings, values, principles and beliefs necessary to obtaining the optimal performance in the context in which it operates.

KAIZEN COACH has studied the Coaching+ program to help your human resources evolve in the direction of the needs of the company.

For more information on this program, click on the button